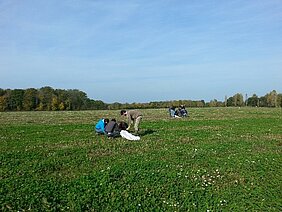 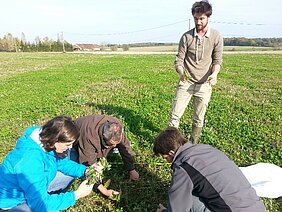 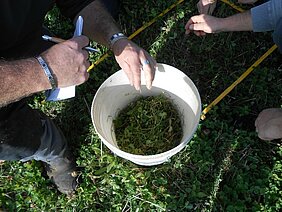 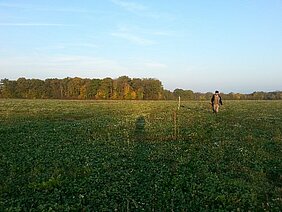 The objective is to test innovative cover crops in field trials on farms. This group of organic arable farmers, applying conservation techniques, is interested in testing new cover crops species and varieties that they currently do not apply in their farm. Three farmers, located in Central France (Yonne), tested different cover crops and carried out similar monitoring protocols to share their results:

The trials on farm 2 and 3 were not successful because of very dry spring conditions and delayed sowing date.

The trial on farm 1 showed interesting differences with regard to the tested cultivars of white clover, when comparing dwarf (Huia and Rivendel) with intermediate “Hollandicum” (Merwi and Jura) cultivars. We compared the biomass of the cultivars and estimated the expected nutrients inputs thanks to the MERCI method (see Practice abstract). The results showed important differences between cultivars. Merwi cultivar had the best performances: homogenous covering of the soil, highest biomass (and in turn expected nutrient release) and better competed with weeds). The farmers agreed that the other cultivars should not be cropped alone as relay intercropping but should rather be mixed with other cultivars and/or species.