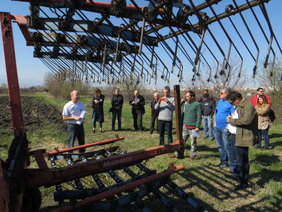 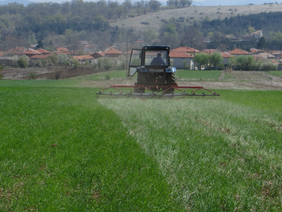 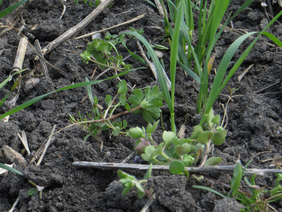 Weeds are the major problem in organic production of cereal crops. The most common weeds in Bulgaria are: wild poppy, forking larkspur, cleavers, chamomile, Common speedwell, podium Anthemis, combine, Stork bill, Burdock, Bermuda-grass, Sorghum halepense. Weed development before the start of a "spindle" period has a negative effect on yields because the weeds grow among the crops and conditions are created for subsequent appearance of weeds.

For many farmers in the country, the Comb harrow is an unknown tool, and some have doubts about the efficiency of its work. That's why we tested the effect of harrowing in three farms on three cereals - wheat, spelt and einkorn. In the same plot there were 2 fields: test field using a comb harrow and control field without harrowing.

At the beginning, the weeds with shallow roots were successfully eradicated by the harrow. Others (Burdock, Stork bill) were controlled to a certain extent. The results of the FOA "Bioselena" experience show that the application of the comb harrow had a significant impact on the yield. It increased by 12.7% for wheat; 16.7% for spelt and 23.4% for einkorn. The weeds decreased by 51,15%; 58,14% и 36,37%.